On first start up this weekend there was a loud squealing coming from the engine bay. A bit of investigating (and Google) identified the alternator belt, it looked in good condition so the problem should be a loose belt which is slipping. It’s a simple job of loosening the adjustment bolt and re-positioning the alternator to tighten the belt.

The bolt was really tight so I gave it some welly and sheared the bolt straight off! 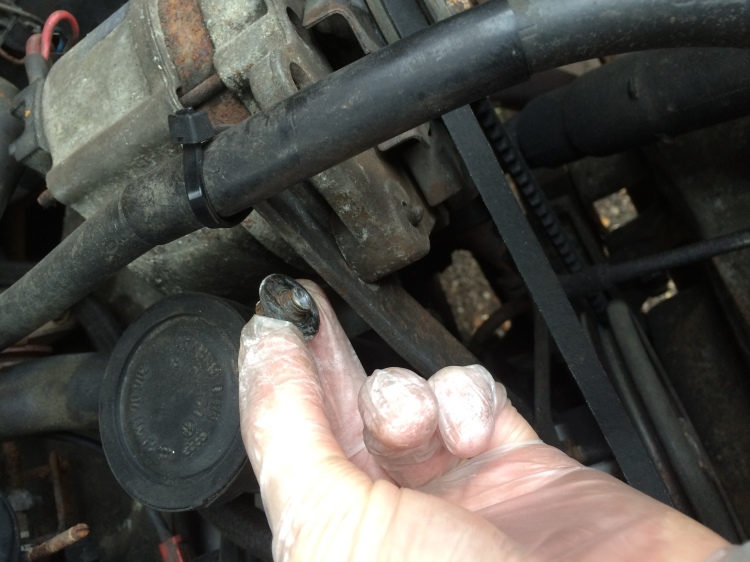 Luckily there’s a whole section dedicated to removing seized bolts on the Club 80-90 wiki. A good squirt of Plus Gas Releasing Fluid made no difference, the bolt was stuck solid so the next step was to try drilling out the bolt. (Not something i’ve attempted before).

After disconnecting the battery and unbolting the alternator from the engine I clamped it to my folding workbench. The first step is to use a centre punch to locate the very middle of the bolt and act as a starting point for drill. 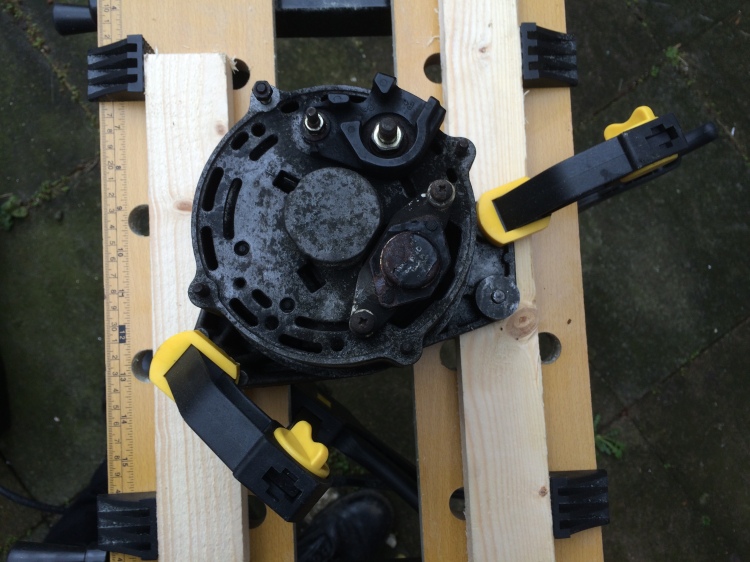 It’s a case of starting with a small drill bit and increasing the size until you can pick out the thread. I made steps of 2mm, 3mm, 4mm, 5.5mm and finally 6mm. 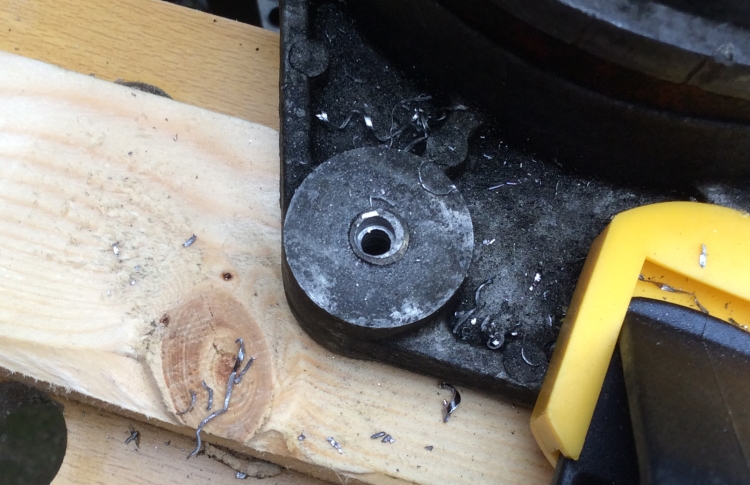 My alignment was just off (always going to be an issue using a hand drill instead of a bench drill), it looks worse than what it is. The thread inside is still intact so I can use another bolt. (If I hadn’t been able to save the thread I could drill it out completely and then use a nut at the other end).

A brand new shiny Stainless Steel M8x30mm bolt with washer was used as a replacement. 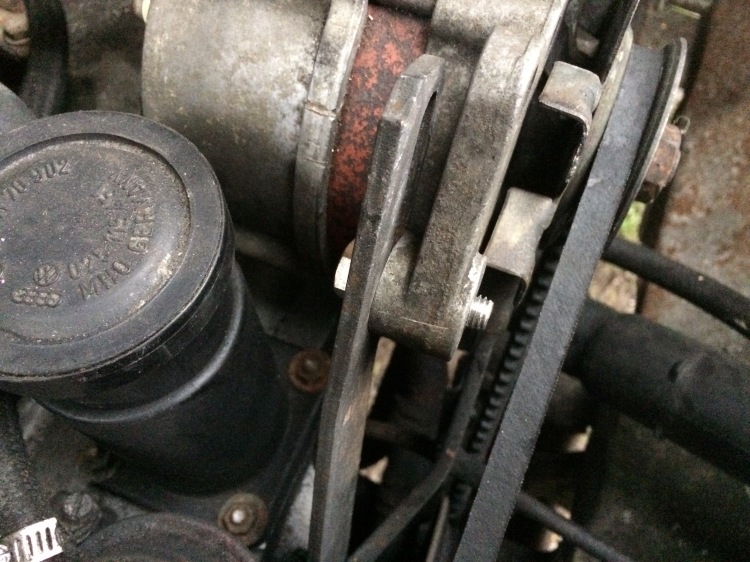 Secured in place and no more squealing alternator belt!