My investigation into the Zig MC-2000 12V wiring found that the stereo, lighter socket, courtesy lights and clock run off the vehicle (starter) battery. This seems silly considering the van has a 90AH Leisure battery fitted.

I want to use the stereo and socket (to charge devices) when camping without worrying whether the van will start the next day.

A quick search and I found this thread on the Brick Yard forums which identifies alternative wiring options. Essentially there are two ways to do this, both require a length of cable from the leisure battery positive to the fuse board in the glove compartment:

I went for option two as I wanted to keep the wiring loom as original as possible. It also means I can revert to the stock option by simply pulling the spade connector out and plugging the fuse back in.

The fuse in position 3 powers the lighter socket, courtesy lights and clock as well as the stereo so all three will now be running off the leisure battery.

To protect the cable under the cab mat I used the old polymide hard line from when I changed over the fuel fines as a sleeve. It was the perfect fit for the 21A rated cable I bought from eBay. I also bought an inline fuse holder and a Wago 2-way connector.

It’s a really simple job, these are the steps I took: 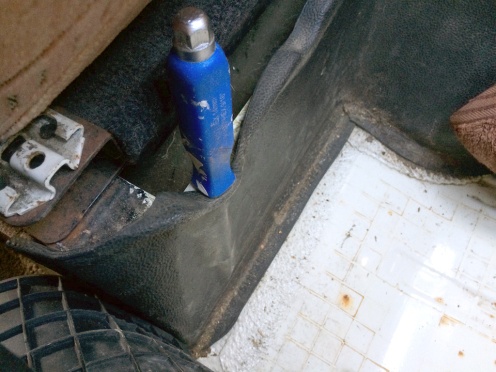 Flathead screwdriver used to prise channel in trunking for cable

Route of sleeve on cab floor 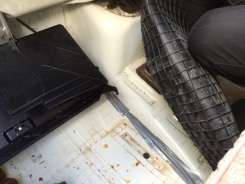 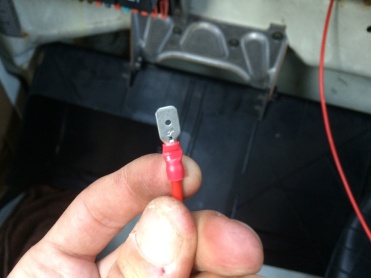 Excuse the dusty fuse board cover:

At the battery end: 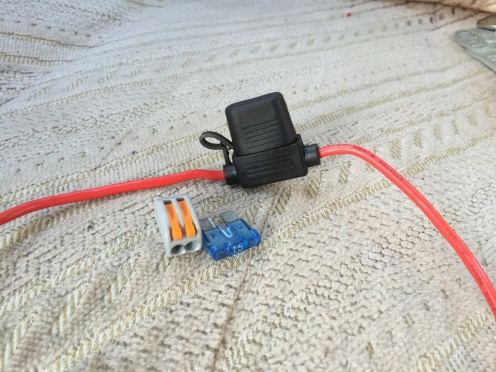 Ready to connect to positive terminal

Bolted in place and inline fuse poked under passenger seat